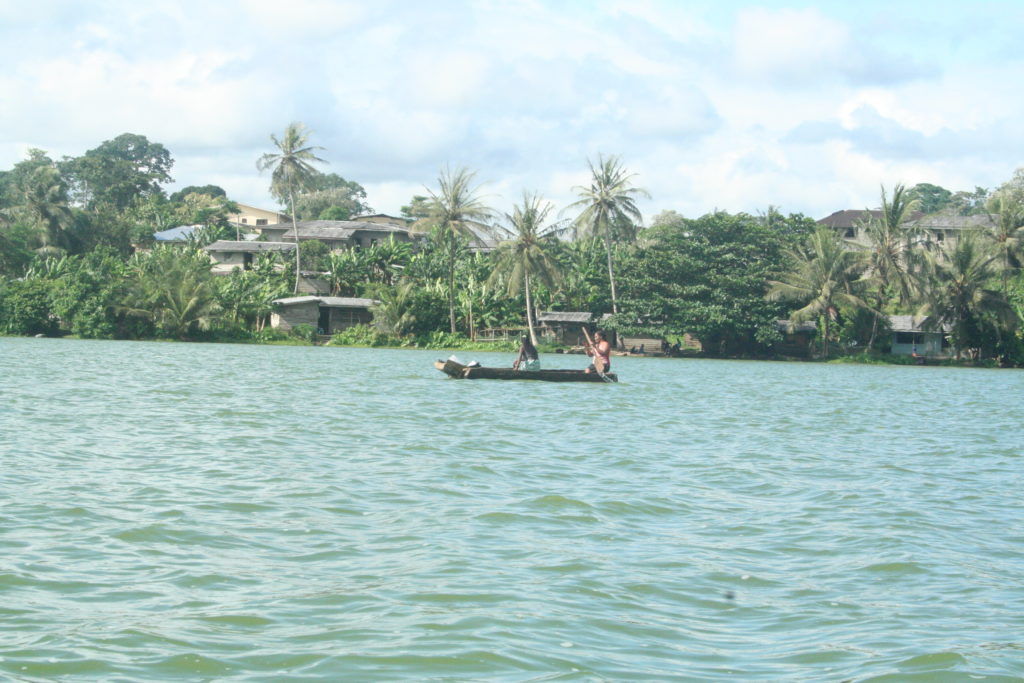 COUNTDOWN is investigating best ways to expand interventions to ensure all those vulnerable to schistosomiasis have access to Praziquantel treatment. In so doing, these efforts will require governments, researchers and health stakeholders to gather evidence and, where the need arises, revise existing strategies of control to address these needs.

In Cameroon for example, the government is committed to controlling schistosomiasis through an annual deworming campaign of school-aged children (SAC) organised by the National Programme for the Control of Schistosomiasis and Soil-transmitted Helminthiasis. However, other groups in the community such as pre-school aged children (PSAC), out-of-school children (OoSC), and adults who are not targeted can often contribute to the re-transmission cycle of schistosomiasis especially in persistent hotspot areas such as Barombi Kotto in the South West Region of Cameroon. This is because these groups may have similar measures of water contact; if not more than the targeted SAC groups; thereby sustaining local schistosomiasis transmission. Even though not documented, general water contact levels in Barombi Kotto are rather elevated. Due to the absence of a clean water source, the members of the community are forced to rely solely on the lake for daily activities and domestic chores such as bathing, laundry, washing dishes some of which are done immediately at the shoreline of the lake.

In a bid to shed more light on the at-risk status of adult women and their PSAC, COUNTDOWN researchers, including masters’ students from LSTM (Liverpool School of Tropical Medicine) and the Centre of Schistosomiasis & Parasitology(link is external)(CSP) collaborated to measure and compare the water contact patterns of PSAC and their mothers at Barombi Kotto in 2017, by use of wearable global positioning system (GPS) data loggers(link is external). This was done with the aim of pinpointing local water contact sites, while measuring presumed immersion times in the lake which will serve as baseline information for future interventions to eliminate schistosomiasis.

In this pilot study, a group of 12 mother- and-PSAC pairs were selected at random and were provided GPS data loggers which they wore by use of an elastic strap, for a 48-hour period. The main findings from the study are summarised below:

– The average number of water contact events for mothers was 27.4 and 14.1 for PSAC in 24 hours.       Similar geospatial pattern of water contact was recorded for the mother and PSAC pairs indicating that PSAC frequently accompany their mothers to the same locations. These two findings show that PSAC should be included in regular treatment with the soon-to-be deployed paediatric PZQ formulation.

– Observed water contacts were largely clustered on the southwest lakeshore, an information beneficial for the interruption of schistosomiasis transmission. As a cost-effective measure it would be sensible to apply focal mollusicides at these frequented locations to have the greatest impact in controlling the infected snail hosts.

– GPS loggers are an accepted method of measuring water exposure and directly comparing the environmental risk of schistosomiasis exposure.

Female genital schistosomiasis (FGS), is a form of schistosomiasis that is attracting growing national and international attention. Previous epidemiological and malacological surveys were undertaken in 2016 at Barombi Kotto by COUNTDOWN partners from LSTM and Cameroon. These detailed surveys indicated that adult women demonstrated some signs and symptoms of the disease. In Ghana, COUNTDOWN has worked with partners to use evidence emerging from our research to raise awareness on FGS, advocate for improvement in the education curriculum and materials for health professionals on better FGS diagnosis.

COUNTDOWN has engaged key stakeholders to better understand the precise role that WASH (water, sanitation & hygiene) plays in general for the transmission cycle of schistosomiasis. This culminated into a policy brief titled – ‘Connecting WASH with NTDs: A Cross-Sector Imperative’, produced in collaboration with the Institute of Development Studies (IDS).

Understanding the transmission dynamics of schistosomiasis in all its forms, through environmental and transmission surveillance, allows for adequate interventions to be adapted to specific hotspots.  COUNTDOWN will be at the 14th International Congress of Parasitology (ICOPA) in Daegu, South Korea from the 19th – 24th August 2018 offering insight through keynote presentations, on developments in schistosomiasis surveillance and advancing praziquantel treatment especially for PSAC affected by paediatric schistosomiasis.

The GPS datalogging paper reported in this blog was published in early this month by the Transactions of the Royal Society of Tropical Medicine & Hygiene journal. Read it here(link is external).